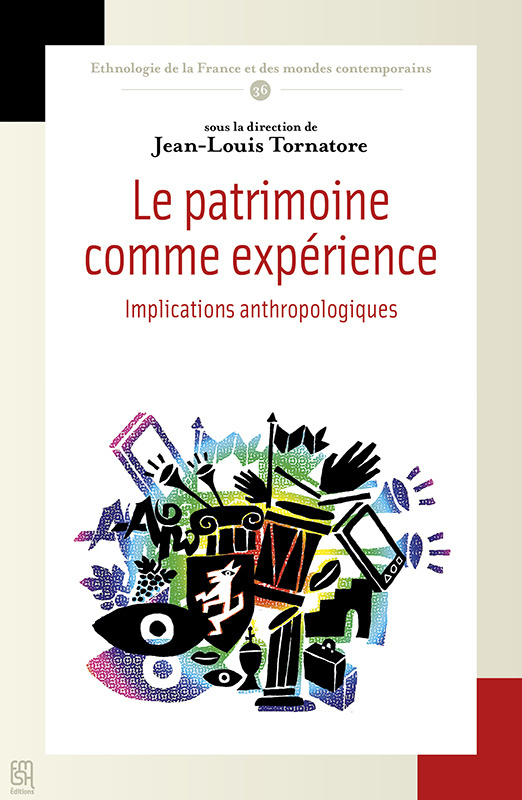 On the occasion of the release in February of the latest issue of the collection "Ethnologie de la France et des mondes contemporains" (Ethnology of France and Contemporary Worlds), co-published by the Ministry of Culture and the Fondation Maison des sciences de l'homme.

The anthropologist Jean-Louis Tornatore will present, at the National Heritage Institute on Wednesday, April 3 at 6:00 p.m., the work he edited: Le patrimoine comme expérience. Anthropological Implications, in dialogue with Christian Hottin, Director of Studies of the Conservators Department of the INP.

This new collective work comes at a time when heritage activity has largely overwhelmed its official institutions and its coverage by the human and social sciences has taken on a certain consistency. In ten texts and at least as many situations, in France, Rhodes, Tonga, Uruguay and Colombia, it provides an insight into the "anthropological implications" of and in the exploration of this activity, from which a common thread can be drawn to explore its great heterogeneity without reducing it. Whether seen from the angle of the irruption of heritage into the (playgrounds) of anthropologists or from that of the constitution of heritage as a singular field of research, the anthropology of heritage appears inseparable from the recurrent questions about the category of culture: about its institution, its staging, its spectacularisation, the ways of writing about it as well as the criticism of its power of purification, hierarchisation or domination.

What do these anthropological writings of heritages show? That by rubbing shoulders with the experiences of the past, of culture, religious or secular, of the quest for recognition, of the memory of war violence, of social discrimination, of the ruin of things in the world, anthropologists experience heritage as a political instrument with multiple functions: control, development, restoration, repair, recognition...

Jean-Louis Tornatore is an anthropologist, professor at the University of Burgundy (Dijon) and researcher at the Georges Chevrier Centre "Societies and Sensitivities" (UMR 7366 CNRS-uB). Following on from various works on heritage and memory activity, he is now exploring the conditions for the possibility of a counter-hegemonic scenario for heritage.